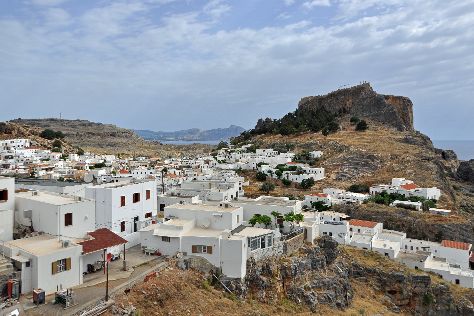 A medieval settlement on the island of Rhodes, Lindos provides a mix of ancient history and modern attractions.

Change things up with a short trip to Epta Piges in Kolympia (about 32 minutes away). Spend the 21st (Fri) exploring ancient history at Village of Lindos. There's still lots to do: kick back and relax at Lindos Beach, steep yourself in history at Ancient Kamiros, delve into the distant past at Acropolis of Lindos, and tour the pleasant surroundings at Tsambika Beach.

Ljubljana, Slovenia to Lindos is an approximately 11-hour combination of flight and bus. You can also do a combination of shuttle, flight, and bus; or do a combination of car and ferry. Due to the time zone difference, you'll lose 1 hour traveling from Ljubljana to Lindos. When traveling from Ljubljana in September, plan for a bit warmer days in Lindos, with highs around 33°C, while nights are much warmer with lows around 26°C. Wrap up your sightseeing on the 23rd (Sun) early enough to drive to Rhodes Town.
more less

Things to do in Lindos 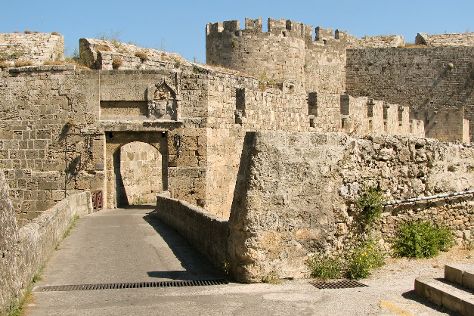 A conglomeration of many distinct architectural styles, Rhodes Town is the biggest urban center of the eponymous Greek island known for its golden beaches and relaxed way of life.

Go for a jaunt from Rhodes Town to Petaloudes to see Valley of the Butterflies about 38 minutes away. On the 25th (Tue), enjoy a perfect day by the water at Faliraki Beach. Plan for a day of cool, family-friendly fun on the 27th (Thu) at Water Park. The adventure continues: explore the historical opulence of Palace of the Grand Master of the Knights of Rhodes, appreciate the extensive heritage of Medieval City, tour the pleasant surroundings at Anthony Quinn Bay, and take an in-depth tour of Archaeological Museum of Rhodes (Hospital of the Knights).

You can drive from Lindos to Rhodes Town in an hour. Alternatively, you can take a bus. In September, plan for daily highs up to 33°C, and evening lows to 26°C. Finish up your sightseeing early on the 27th (Thu) so you can travel back home.
more less

Things to do in Rhodes Town

Faliraki, Church of the Assumption of Virgin Mary, Valley of the Butterflies
Find places to stay Sep 23 — 27:
Hotels on TripAdvisor
Homes on Airbnb
Highlights from your plan

©
Palace of the Grand Master of the Knights of Rhodes