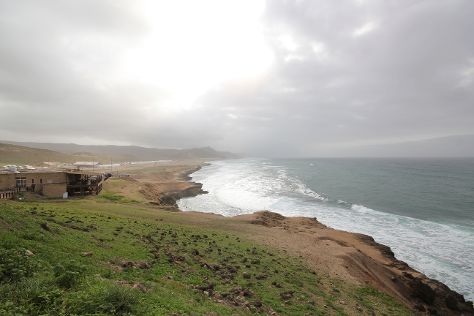 The Sultanate's second city, Salalah has become known as a southerly counterpoint to the capital in the north.

You'll explore the less-touristy side of things at Nabi Umran A.S Tomb and Earth Gravity Controversial. There's much more to do: enjoy the sand and surf at Al Mughsail Beach, Head underground at Marneef Cave, explore the ancient world of Sumhuram Old City, and take in the spiritual surroundings of Sultan Qaboos Mosque.

In February in Salalah, expect temperatures between 32°C during the day and 22°C at night. Finish your sightseeing early on the 13th (Thu) to allow enough time to travel back home.
more less

Things to do in Salalah