©
Bandar Abbas or Bandar-e ‘Abbās, also romanized as Bandar ‘Abbās and Bandar ‘Abbāsī; formerly known as Cambarão and Porto Comorão to Portuguese traders, as Gombroon to English traders and as Gamrun or Gumrun to Dutch merchants, also Jaroon and Cameron, is a port city and capital of Hormozgān Province on the southern coast of Iran, on the Persian Gulf. Change things up with these side-trips from Bandar Abbas: Qeshm (Tangeh Chahkooh, Qeshm City Center Complex, &more), Valley of Stars (in Berkeh-ye Khalaf) and The Museum and Gallery of Dr. Ahmad Nadalian (in Hormoz). The adventure continues: head off the coast to Hormuz Island, steep yourself in history at Hindu Temple, and look for all kinds of wild species at BandarAbbas Bird Garden.

To find other places to visit, ratings, reviews, and tourist information, go to the Bandar Abbas trip planning tool.

Things to do in Bandar Abbas

Qeshm, The Museum and Gallery of Dr. Ahmad Nadalian
Find places to stay Jan 30 — Feb 9:
Hotels on TripAdvisor
Homes on Airbnb
Highlights from your plan 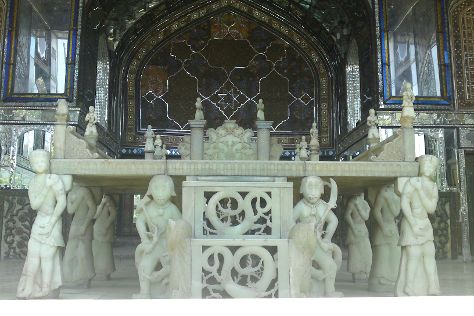 Tehran, the capital and one of the largest cities in the Middle East, sits in the foothills of a mountain range and stretches out for miles.

Tehran is known for museums, shopping, and parks. Your plan includes some of its best attractions: get engrossed in the history at Golestan Palace, surround yourself with nature on a nature and wildlife tour, enjoy breathtaking views from Milad Tower, and learn more about the world around you at National Museum of Iran.

Things to do in Tehran