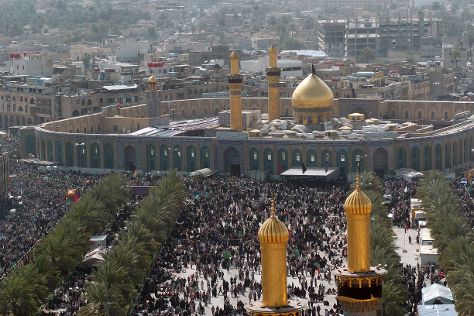 ©
Karbala is a city in central Iraq, located about 100km southwest of Baghdad, and a few miles east of Lake Milh. Get out of town with these interesting Karbala side-trips: Kufa (Al Sahlah Great Mosque, Great Mosque of Kufa, &more), Najaf (Wadi Al-Salaam Cemetery & Shrine Amir al-mo'menin Ali bin Abi Talib peace be upon him) and Babylon (in Al Hillah). There's much more to do: contemplate in the serene atmosphere at Imam Hussain's Shrine, take an in-depth tour of Memory Islam Museum, and steep yourself in history at Shrine of the two sons of Muslim Ibn Aqeel.

Plan a Karbala trip in moments using our itinerary builder.

Things to do in Karbala